Happy that Jack finally returned to the past and destroyed Aku, considering that many times, Aku had managed to stop him from doing that in the future (which I hated), thus undoing the evil that he did (like killing the Scotsman and many of Jack's friends in Episode CI, but at the same time, sad at Ashi's disappearance, and mystified by the incident between Jack and the ladybug, Jack is happy, despite being sad earlier at Ashi's demise, does that mean that Ashi will somehow come back (in the story, not that another episode would be made about it)?

About Demongo, that may depend on whether he's an ancient figure like the Minions of Seth (which were freed by Aku in the future before being destroyed, but because Jack then travelled back in time to destroy Aku, that means that their destruction in the future is undone, meaning that they're alive). If Demongo existed before Aku sent Jack into the future, then I wonder if Aku's destruction in the past has any affect on Demongo, but if Aku created Demongo after sending Jack into the future (before being undone), then that means that Demongo would be undone. 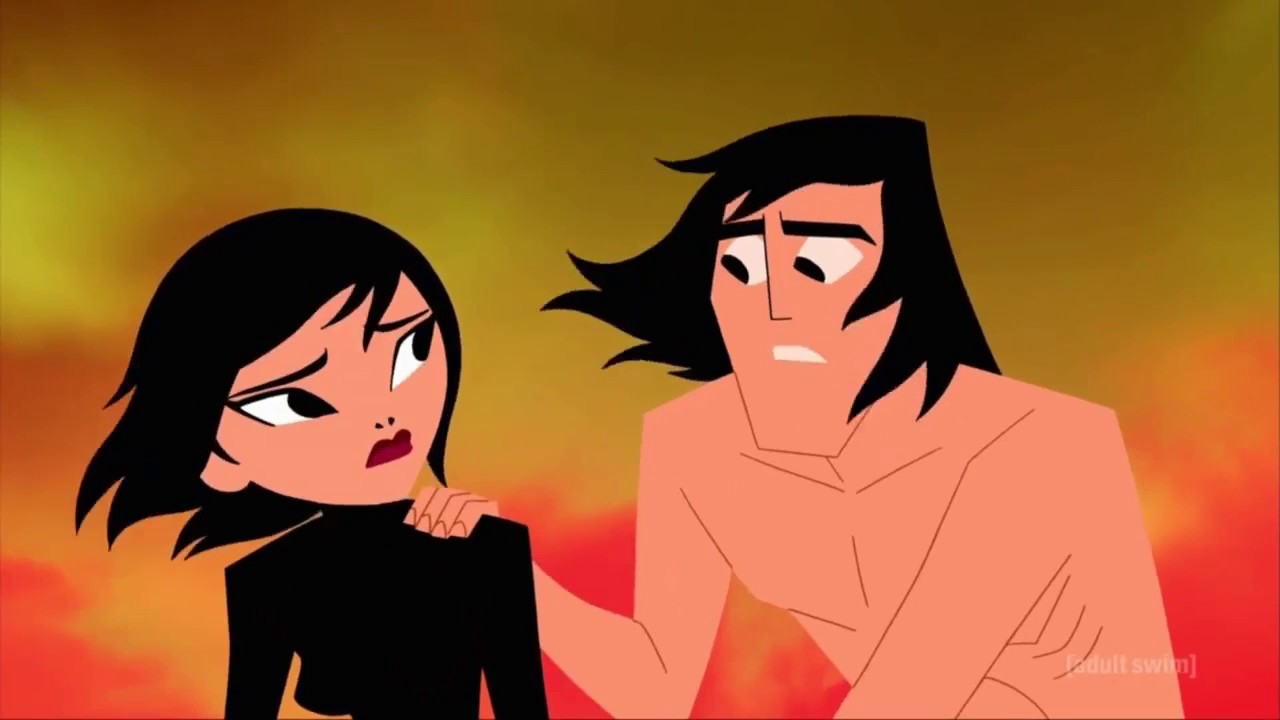 "Samurai Jack" - Wedding of Jack and Ashi. Death of Ashi and the final scene [5x10: THE FINAL].YouTube
(edited by Gaxman)

At 2:45–50 in this video, the Empress can be seen after Ashi's disappearance:

"Samurai Jack" - Wedding of Jack and Ashi. Death of Ashi and the final scene [5x10: THE FINAL].YouTube