The Elementals are three female spirits who watch over a special crystal called the Jewel of Neptune that will give anyone who possessed it the power to control the Earth's water. They appeared in Episode XII: Jack and the Gangsters.

Each of the three Elementals had a body made up of their respective element and bright blue eyes. Their appearances are all based on various styles of dress from the 30's which kept with the episode. The Earth Elemental had a body made up of stone and had an appearance reminiscent of African tribeswomen. The Wind Elemental's form seemed like a reminiscent of a duchess made up of swirling wind, however she would change her appearance that makes it seem as she was wearing different clothing every few seconds. Last, The Fire Elemental looked like a woman made up of bright red and pinkish flames, with a bright red flame wrapping around her like a feather boa. However, she had a less physical looking form compared to her comrades.

Long ago, Aku tried to steal a powerful jewel that would give him control over the Earth's water. However, the Goddess of Water who had created that jewel stopped him countless times and to make sure nothing happened to it, the Goddess created three guardians to watch over the gem in-order to make sure Aku could not steal it.

It is likely they ceased to exist since there were no Aku to steal the jewel, since their mistress created them to protect it from Aku.

The Elementals were shown to be quite powerful as they were capable of preventing Aku from reaching the Jewel of Neptune, each of the three Elementals had the power to create and control their respective elements: 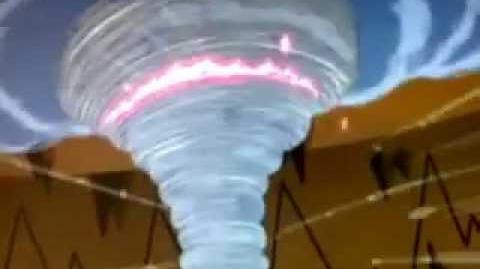 The incapacitation of the Elementals
Community content is available under CC-BY-SA unless otherwise noted.
Advertisement